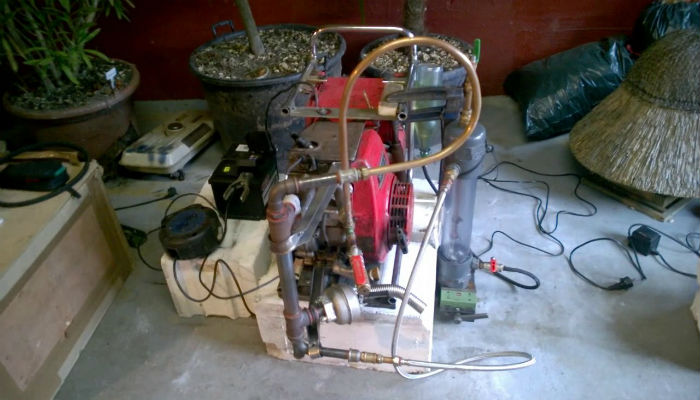 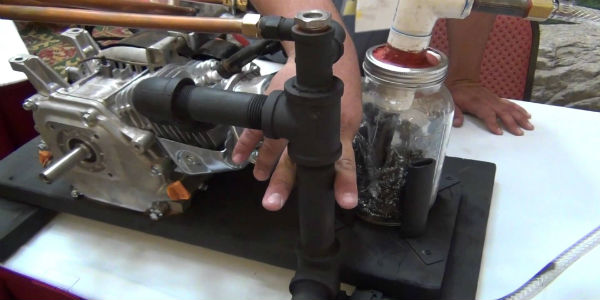 The recent Tech Meet held at the local university brought to the fore many innovators, chief of which was our own Mr Paul Pantone, along with representatives from innovation-supporting technological companies like Wondersoft, Huber Manufacturing, CISCO, and so on. This event was featured on many news websites, like www.foxnews.com.

Mr Pantone was asked to speak about his highly acclaimed invention- The GEET Reactor. Needless to say, Mr Pantone enthralled his listeners with the story behind his invention, the many trials and rejects that had to be endured, before he could come out with a successful prototype.

The quest for fuel-efficient systems has a long history. Many researchers have tried to build a fuel reformer that is able to vortex heat exchangers for reforming car fuel, genset and farm equipment. A fuel reformer is a hydrogen production and promises better fuel economy and lower emission. GEET Plasma reactor motor has gone a long way to use water and other liquid for powering small motor engines. Even before GEET was invented there was research on this type of reformer initiated by Jean Chambrin and others. Paul Pantone patented the GEET reactor fuel pretreater in the US, and the number was 5.794.601. Though the patent did not talk of fuel pre-treater performance, it was reported by the inventor and other researchers. The fuel pretreater is used as a heat exchanger with the help of a ferromagnetic pipe. The reactor is easy to construct and can be done as a DIY process. We call upon builders who have worked on powered plasma and catalytic fuel to join the process.

The qualification to join the group would be a working knowledge of the various forms of fuels either from a personal or commercial context. The researchers in the team are called upon to share their theoretical and practical knowledge without any apprehensions. The reason for calling for a thorough working knowledge is due to the risk of explosion and fire while the device is being experimented. This could happen if the researcher is not aware of what he is doing. Each one is responsible for their risks undertaken, and none needs to be blamed if something turns out berserk. 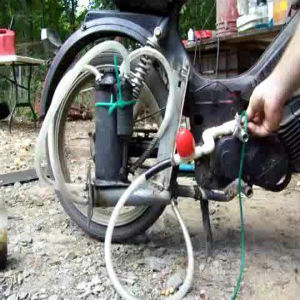 What is GEET all about?
The Global Environmental Energy Technologies (GEET) is all about the use of ferromagnetic pipes and steel or iron rods for better magnetic orientation. One fine day Paul Pantone demonstrated the red Briggs & Stratton motor fitting with loads of piping. The device provided clean burning fuel with any liquid. At the ExtraOrdinary Technology conference held in 1984, Nicholas Tesla made the Pantone machine a hero. The fellow inventors praise Pantone, called him an indefatigable man of vision. Pantone turned into a great revolutionary, and his machine had the potential to deliver what many were unable to accomplish. It alters the order of things.

The Pantone device has got the recognition it needed, and people from far and wide have expressed their interest to create another innovative reactor. It is called the endothermic reactor and is made of compact plasma fuel refinery that is able to use liquid to convert usable and volatile fuel by circulating it into electromagnetic and yet other energy fields.

About Paul Pantone
Pantone once revealed to the media that the concept for GEET was conceived in 1974 while working as a carpenter. In 2005 became a rising star and lived in Salt Lake City. During the period he was also termed as the next Bill Gates. This modest inventor lives in a 6,800 sq ft two bedroom building.